Competitive Advantage: Tales From The Streets
by Joe Ketzner 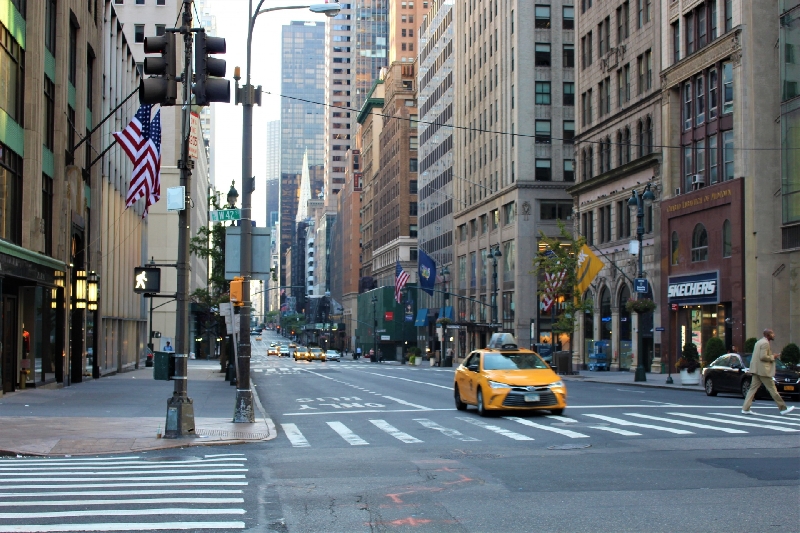 Competitive threats come in many forms. Product innovation, quality, service, delivery, and payment methodology are a sampling of a few such strategies which could alter the landscape of a business sector. Other threats are equally ominous and less obvious. All businesses are subject to competition and management must remain aware of everything affecting its success.

I first arrived in Atlanta, Ga in December 1993 as the regional sales director for a large trade credit insurance company. Early on, I had the opportunity to visit a company which produced unfinished woven fabrics based in South Carolina. I quickly learned that various associates have been calling on this company for several years. Each year the textile company would apply for trade credit insurance, have 100 or so of their customers vetted for credit worthiness, but never made the investment to begin the program. The following year, the same process would be repeated.

In early 1996, a newly hired agent asked if I would join him on a call to this company. I explained the history to this agent and suggested that he direct his attention to other opportunities as I had little interest in doing the annual free credit check again. Within a few days, the CFO of this manufacturing company called me and asked me to come in and answer a few questions. He indicated that several things had developed, and he wanted to better understand the program.

Once I arrived with my young agent, I asked the CFO; “why am I here?”

The CFO began to speak about one of his most important customers. These companies had a very long and profitable relationship. The CFO explained their customer was going through a rough patch financially and he was concerned about his ability to continue supporting at levels achieved in the past. Additionally, his lender was concerned about the existing concentration of exposure to this customer and had reduced the level of eligibility on that specific receivable within his loan agreement. This impaired his own ability to access capital to fund his business. The CFO was a cautious type and he indicated that he had already reduced sales to the buyer by 30% from the previous year, reduced their terms of payment which naturally reduced his exposure. These are all reasonable steps for a prudent executive even though the impact to sales, access to capital and profitability were all negative.

However, this wasn’t the story. What was even more troubling and somewhat confusing to him, his competitors were not taking similar steps in reducing their exposure to this troubled buyer. In fact, they were filling in the void he created through his efforts to reduce their credit exposure and shorten terms of payment. This was very distressing as the relationship had transcended decades.

Surprisingly, the CFO confided in me that while attending a recent industry trade show in New York, he asked his main competitors for their view of the buyer and their strategy. Since there were only a handful of suppliers who manufactured or produced the special elastic fabrics, the buyer only had a few sources to rely. What he learned during that meeting surprised him and demonstrated the value of a trade show he never contemplated. Of the four main suppliers of this material, his company was the only one that was not utilizing trade credit insurance. Two of his competitors were with Euler Hermes and the other utilized Coface.

What puzzled him even more, two of his competitors had carried their credit insurance policy for over 20 years. Each of his competing adversaries carried cover on this troubled buyer when it had been previously ranked as one of the most financially strong in its sector. His education continued when they explained that by investing in trade credit insurance they not only had the protection should something unthinkable happen to one of their larger customers, but the policy was used to support growth into new markets at a faster pace by granting higher credit limits. His competitors explained that their annual cost for this service was well below 2/10th of 1% of insured sales for their program.

The CFO finally got around to the main topic- Maidenform. He didn’t understand how the trade credit insurers continued to support the risk. His competitors informed him that the carriers were well versed on the financial situation of the buyer and were closely monitoring for their benefit. In fact, they indicated that the risk underwriter had just completed a visit with the company and made the decision to continue to support for the foreseeable future.

His competitors explained they were not taking on higher risks, they were enjoying the benefit of having their exposure managed through a trade credit insurance program. They were doing so at his detriment and had been for a long time.  Additionally, his competitor’s bank arrangement was much like his own. However, their lender was continuing to provide full eligibility on their advance rate to the troubled buyer while it remained insured. He also learned that under a trade credit insurance policy, even if the carrier takes action to reduce or cancel a limit, orders previously accepted would be covered when shipped. This cover would also include the cost of material for specially designed product which were in the process of fulfillment against orders should an insolvency occur before shipment.

From doubter to believer

A bit taken back by these revelations; it was an epiphany. He finally understood that investing in trade credit insurance went far beyond insuring a challenging risk. It was a partnership which would touch many aspects of his business: sales, risk management, bank funding, credit evaluation and monitoring, etc. He added “competition” to his expanding list of reasons to invest. The CFO indicated that he went from being a doubter of trade credit insurance, to a believer in the positive benefits it would bring to his organization as experienced by his competitors.

I suggested that the answer to my opening question regarding the purpose of him inviting me to his office that day was “Maidenform”. However, I needed to share the bad news regarding the troubled buyer. No carrier was adding new exposure to this buyer at that point. However, this should not matter. I indicated to the CFO, had he requested this cover 5 years earlier, he would have it like his competitors. He should seriously contemplate which buyer would be the Maidenform of 2000, five years from that day? If he were always going to wait until the 4th alarm was sounded to acquire fire insurance for his burning building, he would never properly protect his business.

The CFO did convince his Board to invest in trade credit insurance that year without cover on Maidenform. His lenders did increase his advance rate for the insured portion of his portfolio including his export customers, and he began receiving updates on Maidenform and other troubled buyers whether insured or not. He also quickly learned how to transition his credit insurance policy to a revenue generating tool as they expanded into new and unfamiliar sectors seeking to replace the sales previously associated with Maidenform.

When Maidenform filed for bankruptcy in July of 1997, it was a sad day for one of the iconic names in the industry. But many of the players were advantaged by their decision to utilize the trade credit insurance program on a comprehensive basis. Many received indemnifications for their loss, and all outsourced their bankruptcy management tasks to their carrier. No longer did this CFO look at trade credit insurance from a singular perspective. He became a believer in how it enhances many aspects of his business’ performance and bring it on par with his competition.

Want to speak to a professional about your Credit Insurance needs?

If you would like to be notified when new blog articles are added, fill out the form below

Beyond Indemnification: The Cadillac Story
by Joe Ketzner

Competitive Advantage: Tales From The Streets
by Joe Ketzner

See how much more you can borrow by having Credit Insurance.